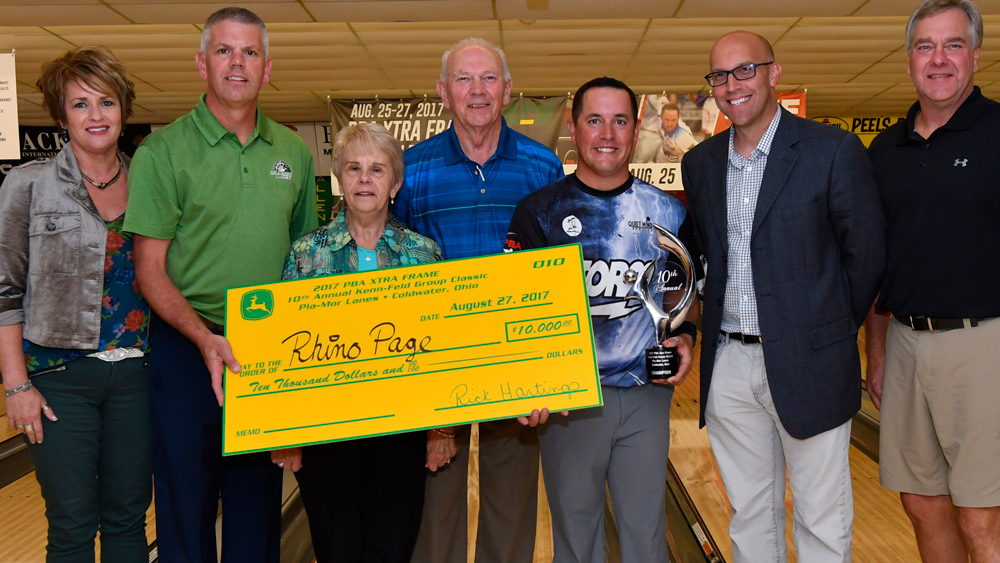 It was an all Storm final at the PBA Xtra Frame Kenn-Feld Group Classic at Pla-Mor Lanes in Coldwater, OH. In the championship match Rhino Page defeated Chris Via 190-173. The players were tested with challenging lane conditions throughout the weekend.  Players who were able to control the pocket and make their spares were more likely to survive each cut. Team Storm member, Via, was the tournament leader after 17 games of qualifying for the finals with a score of 3,660. Page, qualified for the stepladder in second with a score of 3,520.

This was the 10th Annual Kenn-Feld Group Classic in Coldwater, OH. For 9 years it’s been a well-attended regional event but this season Coldwater, OH hosted it’s first national PBA Tour event. It was also the final event of the Xtra Frame Storm Cup series. Rick Hartings, the owner of Pla-Mor Lanes, puts together a weekend full of events for the players and fans to participate in which includes two Pro-Ams, a golf outing, and more. 96 bowlers traveled to Coldwater to compete for the $10,000 first-place prize as well as a share of $50,000 in bonus prize money from the seven-tournament XF Storm Cup Series. There were also 86 local sponsors who contributed money to the event this year. 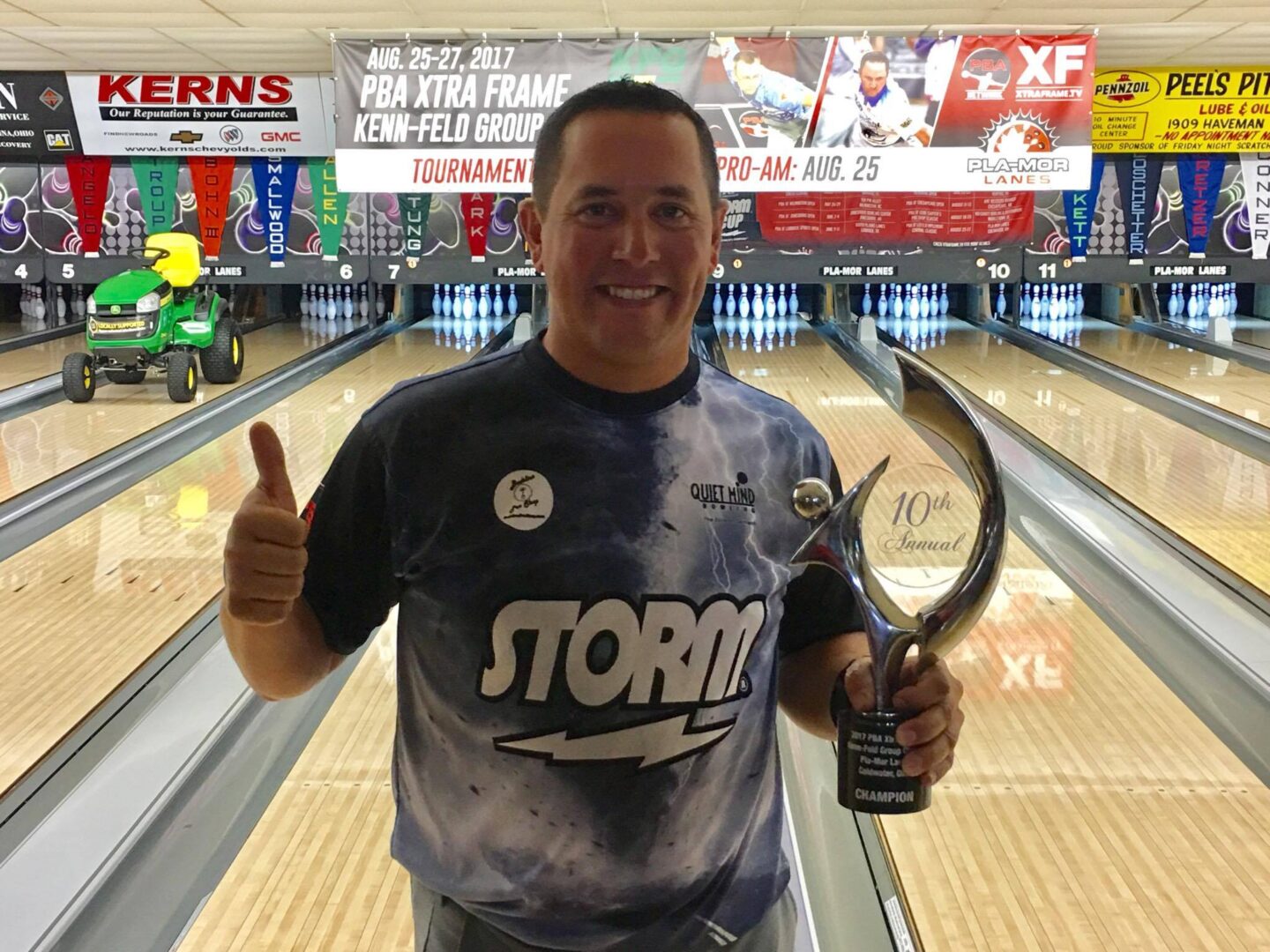 We were able to talk to Rhino after the event was over. Read the interview below:

How much does this win mean to you?

Of course, every win means a great deal but this one is very, very special to me. I’ve come here, to Coldwater, for 6 years now and it’s just the greatest place on earth. It’s the toughest building I’ve ever bowled in. The fans are just phenomenal. It’s so much fun outside of just the bowling. It’s not just a bowling tournament it’s an event.

To be here with so many near and dear friends after these last 6 years and be able to bring home the win, I couldn’t be more grateful.

What balls did you use?

Before I came here, I pondered over and over and over what balls to bring. I even called my buddy Cody who lives here. It seems like defensive balls have always been the right play for me. This week I threw the Storm Ride. It doesn’t seem like much of a ball but it’s awesome and kept me in play. I managed the pocket. I didn’t bowl more than 228 but I only had 3 games under 200. When you do the math of can I do 260 140 or 200 200 I chose to go the steady eddy route. Had that ball not worked or as you saw in the final match I had to go to a Dare Devil Trick. That is still one of my favorite balls ever.

What’s next on the schedule for you?

I get a couple of weeks off. Go home and work on the game a little bit more and then go to the Korea Cup followed by the Storm Fair. Konnichiwa to all of you in Japan! I can’t wait to be there!