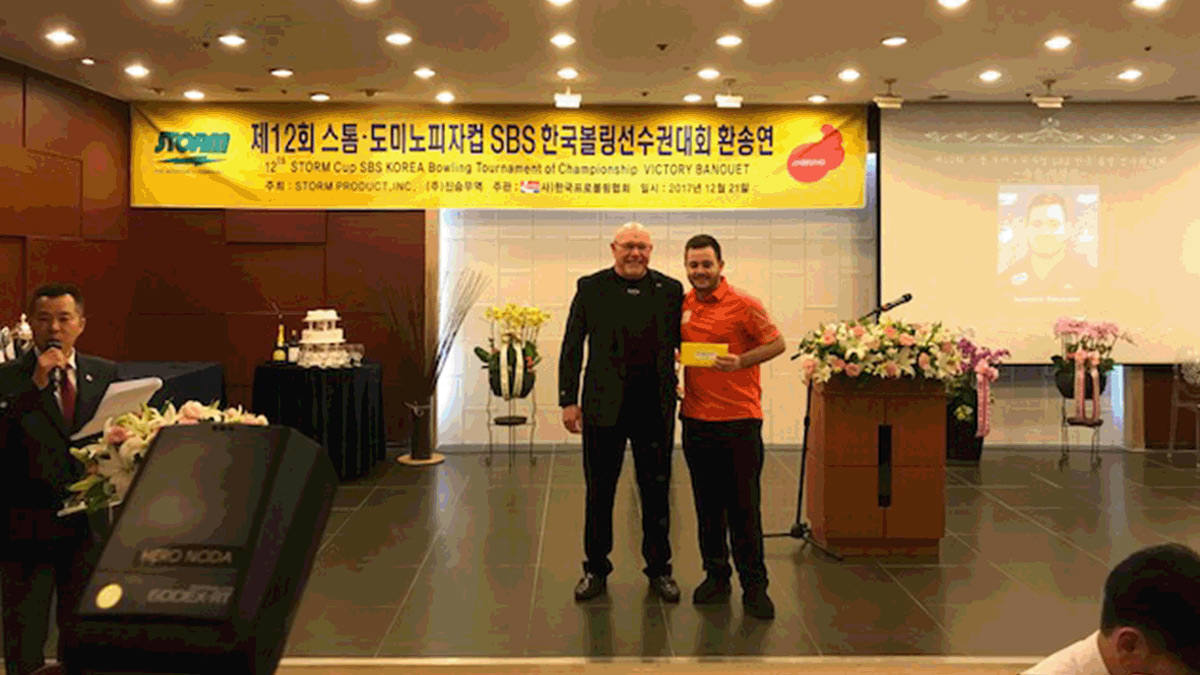 240 top players from around the world competed at the Hogye Sports Complex Bowling Center in Seoul, S. Korea December 16-21, 2017.

The event attracted Professional bowlers from Korea, Japan, and the United States, as well as several high-ranking amateurs from Singapore, Thailand, Malaysia, Indonesia, and more.

The finalist to the TV Championship Round included two finalists from S. Korea, Sanpil Park and Heeyeo Yoon, plus Cherie Tan of Singapore, and Anthony Simonsen of the United States. 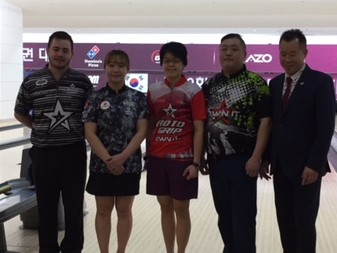 This was a Major Championship which featured live local broadcasting and showcased several of the major sponsors such as Storm, Domino’s Pizza, and Kegel, LLC. 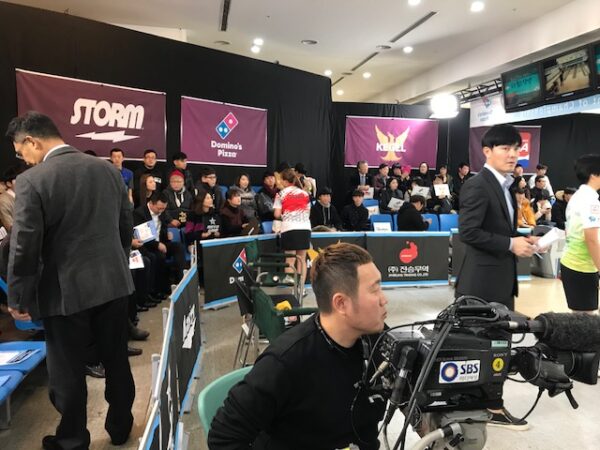 Storm co-owners Bill and Barb Chrisman were on hand throughout the entire tournament, and without their generosity this tournament would not be possible.

Glimpse of the Victory Banquet which concluded the event. Title sponsors Storm Products, Inc. and Jinseung Trading Co. helped make this event a Major Championships for the KPBA, the Korean Professional Bowlers Association.

Congratulations to all who were involved to make this an amazing event!