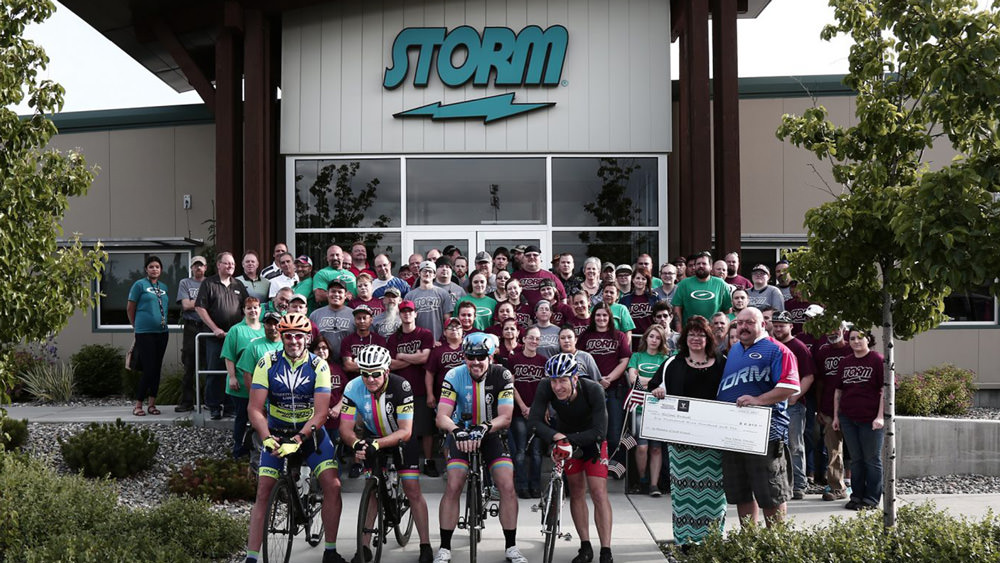 Last April, Storm laid to rest someone who was very important to the brand we all know and love. Scott Knavel never won a PBA event, has never been in a video or an ad. But he was more than integral to the manufacturing of millions of balls that countless bowlers have come to enjoy.

Scott had worked in every facet of production from coring to urethane, R&D to bottling, and all the way up to Assistant Production Manager in his 15 years at Storm. His role was vital. Scott led the effort in saving the life of a worker who had collapsed by performing CPR. He was a shepherd for the production team’s immense band of brothers and sisters.

The mosaic the production team at Storm weaves is a sumptuous one – a working rapport of many divisions that are as equal as they are diverse. Scott was a leading light for the Storm family whose integrity and steadfastness will remain a beacon of virtue for years to come.

On that fateful Easter Sunday, Storm lost a vital piece to that team.

The following week, Shane Blakeley, Storm’s Plant Manager, was having breakfast with a friend of the company, Jack Andersen, and the two agreed that Scott’s story wasn’t quite finished. With some careful planning, the “Ride for a Reason” tour was born. 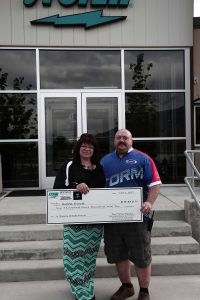 Scott’s wife, NaCoal, was invited to the Storm plant as the team passed through Brigham City on their expedition north. What she wasn’t aware of was the $6,910 check about to be presented to her for aid with Scott’s final expenses. An initial goal of $2,500 was set, but in typical Storm fashion that target was exceeded with flying colors. Thanks to the help of company suppliers, sponsors, and fellow employees NaCoal can rest a little easier with some of this austere burden lifted off her shoulders.

The cycling team plans to hit all the best fast food stops along the way on their 3 day campaign. “Thank you so much for your generosity and the compassion that was shown. The outpouring has been overwhelming,” said Blakeley. It’s been an emotional journey for all involved.

There have been hundreds of employees that have contributed to the Storm brand over the years, but the vast majority looked to Scott for guidance every day.

3 thoughts on “Riding For A Reason”