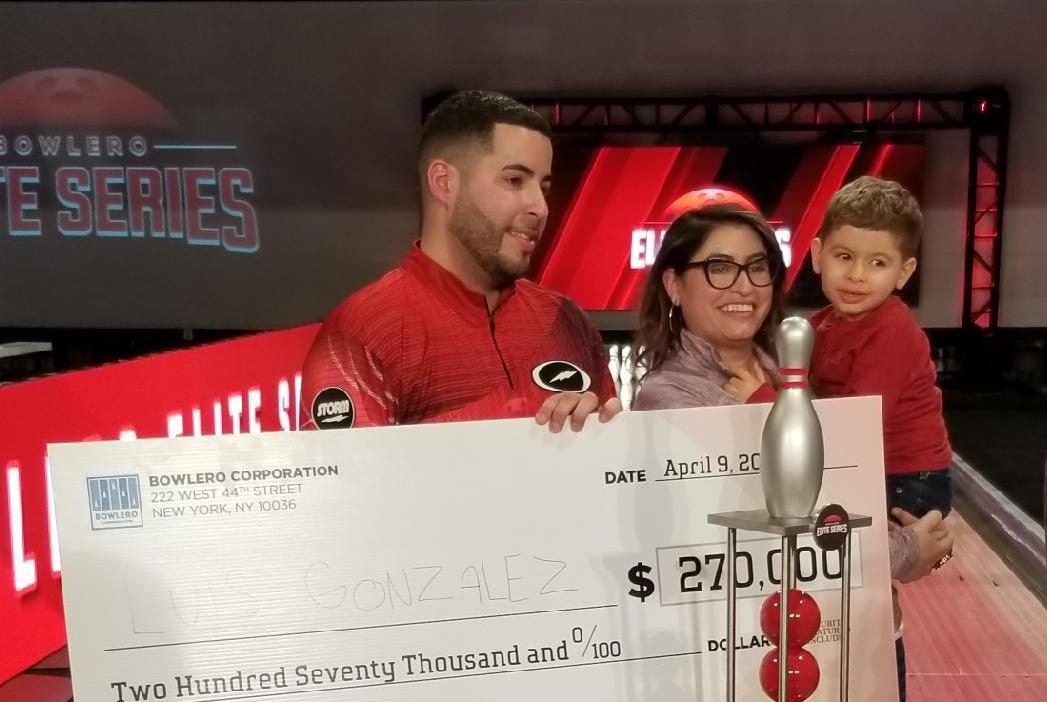 “This win brought out a different side of me as a bowler,” Gonzalez continued, “This is definitely my favorite win of all time. I have taken a lot in from this tournament win. I have been working on my mental game and this tournament really brought out a spark in me that I did not know was there.”

Gonzalez started bowling at age three in his father’s bowling center. He worked hard throughout his youth career and bowled for his varsity team during high school in Chicago. In his junior year, he led the state of Illinois in average with 226 and finished third individually at the state tournament. After high school, he continued to bowl competitively in tournaments throughout the Midwest and bowls as much as he can. In addition to his commitment to the lanes he also balances a full-time job as a radioactive pharmacy technician at Cardinal Health and has been attending college full time to finish his degree in Business Management.

Entering the event Gonzalez said his goals were to stay calm and make it through the first match. He says winning the tournament was his main goal, but he knew that he had to get through his smaller goals to reach his main goal.

As the tournament began, he felt confidence with his preparation and his ball reaction on the lanes. He thought that he’d have a good chance to win some matches.

Throughout the competition Gonzalez chose to throw a Roto Grip IDOL and his trusty Storm Mix stayed by his side. He kept winning matches until he ultimately was named the champion. His family and friends were there to cheer him on and keep him in the moment.

“I couldn’t have done this without my family and close friends,” Gonzalez said. “They made sure to keep me calm and focused in between matches, which really helped. Seeing my mom in the stands rooting for me and the moment I was able to hug my wife and son after I won was an indescribable feeling that I will never forget.” 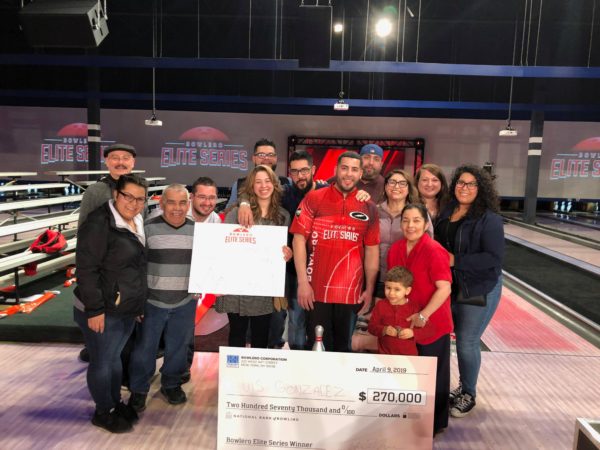 Though his father who got him into the sport has passed away, he has truly honored his father’s legacy by introducing the sport to his son and continuing to compete. Gonzalez will be celebrating this win for a while, but he has a busy spring schedule on the lanes. He has some local tournaments over the next few weekends including the Illinois Masters. In addition, he’ll be traveling to Las Vegas to bowl the Open Championship this summer.

“This experience has been a whirlwind for me, I am still soaking it all in. I am grateful for the opportunity to represent Storm. I am going to take what I learned from this tournament and continue to build myself as a bowler both physically and mentally.”

For more information about the Bowlero Elite Series and to see the final bracket visit their website here.