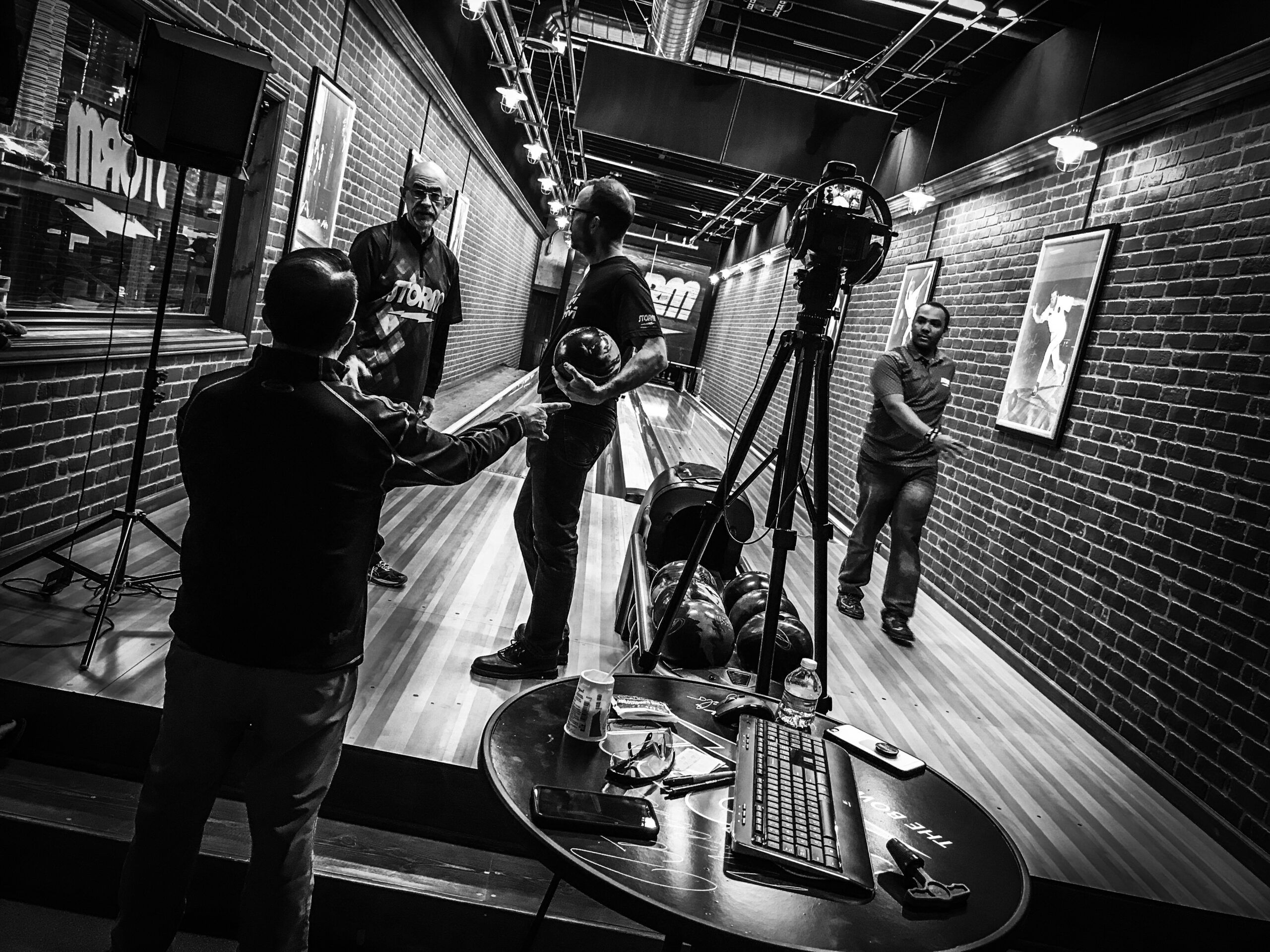 There are many variables that can affect the way your ball rolls, but why should you care? Some are related to the way you release it and your unique delivery. Other variables can be credited to that evil lane man and how he conditions the lane. Then there are factors that are above and beyond anyone’s control, and, no matter how hard you try, you cannot change them. We are going to discuss the subtle distinctions in how you roll the ball and what you can control in your game that play a bigger role than you might think. Understanding these characteristics will help you in choosing your next ball and, furthermore, help your pro shop operator decide a layout for your brand new toy.

The chemical composition in conjunction with the surface preparation of the coverstock matters greatly. A solid coverstock with a low grit surface texture will lose speed at a higher rate than a polished, pearlized coverstock. Friction reduces ball speed, so this actuality is highly linear with that of wood lanes or lanes that have not been oiled in a long time. Harder lane materials usually require more ball surface whilst softer lanes demand less ball surface. Fact: You will never meet a professional bowler of today that dislikes a good amount of texture on their ball. Why? Not only do they recognize the fact that when a ball rolls into the pocket it carries significantly better than a ball that skids into the pocket, but it also reduces the vast majority of any over/under reaction tendencies; a bowler’s worst nightmare. Not saying polish on a ball is a bad thing by any means, just that there’s a time and place for both and it’s the bowler’s responsibility to know when to use it.

Bowlers with high ball speeds and without the revs to match can be considered “speed dominant.” They will typically favor more aggressive surfaces and layouts to help their ball pick up sooner on the lane. “Rev dominant” players with slower ball speeds typically like less aggressive balls, layouts, and surfaces to help prevent their ball from overreacting. Did you know that your ball decelerates as it travels down the lane? Depending on its surface, it can lose 3-5mph every shot. So, when you see the speedometer clock your ball on the scoring monitor, it’s taking that measurement down by the pins, not at your release.

WHAT IS REV RATE?

Rev rate is a calculation of the amount of revolutions a bowler imparts on a ball. The common unit used is revolutions per minute, or RPM. Over the years, bowlers have generalized the RPM gamut into three categories: stroker, tweener, and cranker. Understanding your rev rate (and its relationship with your speed, axis tilt/rotation) is important because it helps to categorize your specific needs as a bowler. Knowing what type of ball to buy, what techniques need to be applied, or the type of wrist device needed all depend heavily on your rev rate.

WHAT IS AXIS TILT?

Axis tilt is the vertical angle at which the ball rotates. Commonly known as spin, axis tilt is determined by the position of the thumb during the release. If the hand turns too early, the thumb exits on top of the ball. Bowlers with a high degree of axis tilt will be able to see the top of their hand during the release and follow through. The resultant path of a ball with a higher degree of axis tilt is extended and the amount of backend potential is reduced. Oily lanes become quite difficult when the core is rotating in a vertical fashion but is actually favored on drier lanes. Being able to have the thumb exit at the bottom of the forward swing minimizes axis tilt. The lower the axis tilts, the sooner the ball will enter its roll phase before making impact with the pins.

WHAT IS AXIS ROTATION?

Axis rotation is the horizontal measure of the angle of the ball’s revolutions, and much like axis tilt, it is also determined by the bowler’s release. Axis rotation is commonly known today as side roll. When the ball has no axis rotation, the fingers exited directly underneath the ball at the 6 o’clock position. End-over-end roll (0° of axis rotation) removes all hook potential from the ball regardless of the amount of revolutions, speed, or lane conditions. High amounts of axis rotation (90° of rotation) will cause the ball to skid further, but unlike axis tilt, will cause an intense hook angle at the breakpoint. Players with high amounts of axis rotation will favor drier lanes, and lower amounts of axis rotation usually like more oil. Higher amounts of friction will cause the ball to lose axis rotation at higher rates. Initial axis rotation, ball speed, axis tilt, and lane friction all dictate when side revolutions become end-over-end revolutions. Generally speaking, balls skid, then hook, then roll. Less rotation will shorten the skid phase and get the ball into the hook phase earlier, while maximum rotation will extend the skid phase of the ball and increase its hook potential down lane. Manipulating your axis rotation is a valuable tool because it will change the ball’s reaction while still allowing you to stay in the same part of the lane and use the same break point. Ideally, you would like to limit lateral moves on the lane because it forces you to make multiple adjust­ments with speed, tilt, etc. and often, particularly on challenging conditions, the zone you’re going to have to play and the break point are pretty defined.

Through practice, you can alter or enhance your ball speed, rev rate, axis tilt, and axis rotation. The best bowlers in the world have the ability to manipulate any and/or all of these at a moment’s notice. Furthermore, having a solid understanding of surface and when to use it is equally as essential. Technology of the sport today only enhances the subtleties of your game. Rubber balls and wooden surfaces did not place an emphasis on shot making versatility. Ball technology and oil patterns of the modern era force quick-changing conditions and different parts of the lane to be utilized that were not in play thirty years ago. Knowing your roll is more important now than ever before.