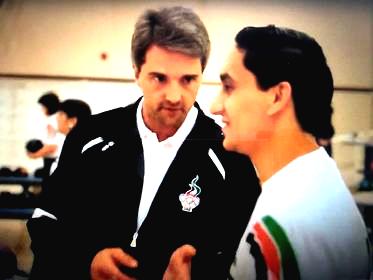 WHERE ARE THEY NOW – PAT HEALEY, JR.

If you followed competitive bowling throughout the 1990’s and 2000’s then you know the name Patrick Healey, Jr. In the early 90’s, among his many accomplishments, he was United States Amateur of the Year three times and the World Amateur Bowler of the Year twice. He was my doubles partner when we won the World Championships Gold Medal in 1991 and we were on the same trio’s team, along with Vince Biondo, when we won the Trios Gold Medal also at the World Championships in 1991. In fact, he nearly won the coveted PBA Tournament of Champions title as an amateur in 1995.

Many people remember you as a regular on the PBA Tour TV shows for several years, making nearly 30 shows over nine seasons ending in 2007. Tell us about how and when you got started with Storm.

PH: I joined the Storm staff in the fall of 2003. I was a free agent at the time. Bill Supper and Dave Symes gave me a call and invited me to be on the staff. We worked out the details. I was very honored, happy and excited to join Storm. I was a great time for us. I had a lot of success and made many t.v. shows. I won the TOC, a regular tour title and 3 regional titles with Storm equipment. In fact, I used Storm equipment through the 2006/2007 season, my last year on tour.

What led to your retirement from the PBA?

PH:  It was kind of strange how my career ended. I had contracted salmonella poisoning and lost 25 pounds in just a few months. At the time, the PBA Tour had deferred my exemption for the season due to my sickness, as my doctors had recommended that I not put any strain on my body as it needed time to heal. The deferment went into the next year. In the meantime, without bowling, I didn’t have a job. In the past, I had worked with Gold Coaches Fred Borden and Frank Buffa, not just on my game but alongside them in clinics and events, and they told me I had a talent for coaching. But this was just a secondary thing while I was competing, and when I had a break from the Tour, I coached full time.

So, I looked first into coaching overseas. My first coaching assignment was with Iraqi National Team. We all met in Egypt. We had a two-week camp. A month later, also in Egypt, I coached them in the Arab games. They won a bronze medal in the Women’s Team Event. It was the first medal they won in Federation History, male or female. They were very happy and I was very happy. It was a successful first dive into international competition.

At that tournament, I met the Kuwait Team Manager and that led to a 2008 head coaching assignment there. I stayed for a year. The players had a lot of success. They were young, talented and driven. In all, they won 5 gold medals, 5 silver medals and 5 bronze medals in tournament competition (GCC Championships, Arab Championships and World Championships).  They were very happy and I was very happy. It was because of the joy I had coaching and the success the players had that I decided to continue coaching in Kuwait and forgo competing on the PBA tour. 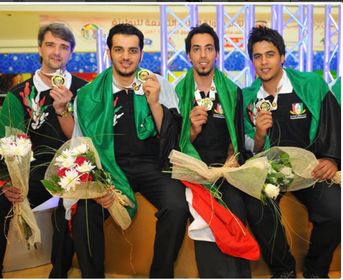 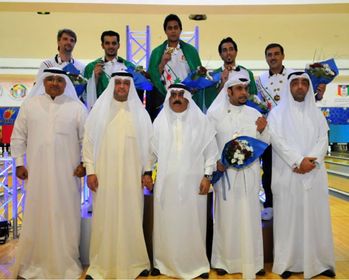 Wow, that’s incredible. Was coaching now your full-time focus or were you still thinking about competing?

PH:   It was strange … I thought of myself as both a coach and as a player, equally. After returning from Kuwait, I competed in a few small tournaments. I also continued coaching by giving private classes, clinics and seminars. Later that year, 2009, I decided to go to the UAE to bowl in some tournaments they ran during their Ramadan celebration. I was there 17 days and bowled in four tournaments. I remember that I bowled 125 games of competition. I bowled well and felt good. It made me serious contemplate returning to the PBA. During my time there, I was approached by the UAE federation. They asked me if I would be interested to be their head coach. We talked and I accepted the job 2 weeks later. That is when I pretty much decided that I would focus more on coaching than being a player for the rest of my life. I was the head coach there for 1 ½ years. The players were experienced and tournament tough. I had a great relationship with all of the them. They also had a lot of success. In all, they won 9 gold medals, 9 silver medals and 4 bronze medals in tournament competition (GCC Championships, Arab Championships, Asian Indoor Games and Asian Championships). One of the players was named Asian Bowler of the Year for the year 2010. They were very happy and I was very happy. 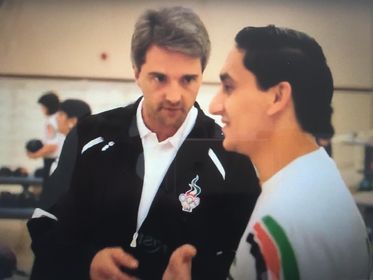 After leaving UAE, I got out of coaching for a while. A couple of years went by. An opportunity arose to start a bowling academy/school in Mexico City in 2014. I had lived there prior to that and I still knew many of the bowlers there. While I was there, I was contacted by the Guatemalan Federation to see if I would be interested to help their program. It was originally planned to be part time but I ended being there for almost 1 ½ years. It was a different experience than Kuwait and UAE. This was more about teaching and instructing and developing youth players than it was focusing on winning medals and championships. A few of the players did have some tournament experience. Even though it was different, I enjoyed my time there. 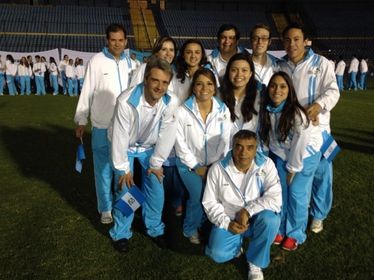 That coaching experience took me to the end of 2015. After that, I decided that I wanted to look into something that didn’t require a lot of travel and less pressure. I started focusing on giving private classes only. During this time even though I didn’t ever work with the Mexican National Team, among the players I worked with were certain members of the national team. The players I had the opportunity to help did have success, nationally and internationally.

Then, in April 2019, I was contacted by the India Bowling Federation. They were interested in part-time help. That assignment lasted until October 2019. Even though it was a short amount of time, there was success also…. 3rd place Youth Division in the Philippine Open, 2nd place Youth Division in the Hong Kong Open and a Silver Medal in Singles at the Asian Championships. 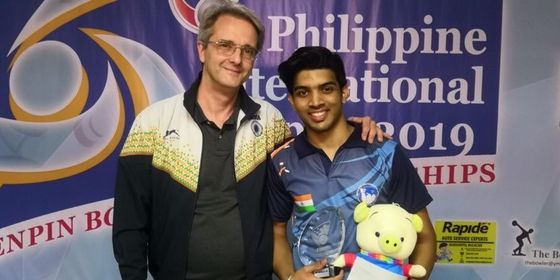 Here I am now a year later and not sure what I’m going to do because of the COVID-19 virus. There is still quite a bit of risk and fear around the world. I am most definitely still interested in teaching and coaching.  Nonetheless, if another opportunity comes up in the bowling world, I will give it consideration. It has been a great pleasure for me to help players achieve their goals and experience that great joy of accomplishment. I feel very content and proud of all the players I have had a chance to work with. I would like to continue that. Once the situation becomes safer and plans can be made, I will look into my options.

Who were your first and early coaches?

PH: My first coach was my Dad. He taught me baseball, basketball, bowling, etc.  He had a great eye for sports. He just knew how they functioned. He didn’t know how to express what he saw all that well, though. He just knew how sports worked. I had a lot of athletic ability, played a lot of sports growing up. So, from that combination, I learned a lot from my Dad.

After high school, I went on to Wichita State University. My coaches there were all a huge influence on me. Coach Vadakin, Mark Lewis, Pat Henry, they were all big influences. And my backer, Jim Martino, wasn’t really a coach but was more of a manager; he had an aura or way about him. He was very savvy and I learned a lot from him. Then, of course, there was Fred Borden. Fred was the head coach of Team USA. I was on the team for three years (1991,1992 and 1995) and during those years I had the chance to learn a tremendous amount from Fred. He had a huge influence on my bowling and personal lives. I am extremely grateful to have had all of them as my coaches.

What is it about coaching that really drew you in?

PH: That’s a good question Steve. It’s a few things. One, I love helping people. I like to help people learn, get better, and I want them to improve in the sport. I’ve coached so many great students, more than 500 different players in all, through private classes, clinics and seminars in addition to my time with all the players from the national teams across the globe. Two, I want the players to experience that joy and emotion of accomplishment. Whether it be winning a gold medal or seeing their bowling ball roll down the lane exactly as they planned and striking. Or, anything in between. It gives me great joy to see my students experience that. Third, it’s about the challenge. I see what needs to be done to help a player and I make it my mission to help that player improve. I won’t leave that player until they have learned more and improved. I think that comes from my competitive nature and the idea that I won’t quit.

What did it mean to you to hear that you were being inducted into the USBC Hall of Fame?

PH: I have been blessed to have been so successful in bowling. Being inducted into the USBC Hall of Fame is the pinnacle for me. It is the greatest accomplishment and honor of my bowling life. It means the world to me to be included with such great names in the sport of bowling. It has validated all the sacrifices I made and all the hard work I put in.

What are your plans for competing again on the lanes? The PBA50 Tour or maybe some of the USBC Senior events?

PH: I would like to bowl on the PBA50 tour. Even the regular tour again from time to time. That is my goal. I miss bowling and the competition. It will depend on how my right shoulder/neck area improves. It feels better so I am hopeful to start bowling once the restrictions are lifted due to COVID 19. Regardless if I can bowl on the tour again or not, I would like to continue with instructing and coaching. It gives me a different type of joy and sense of accomplishment helping others improve and achieve their goals in bowling. If something else comes up that inspires me, I will look into that.

6 thoughts on “Pat Healey, Jr., a Champion Both On and Off the Lanes”